16 Shadrach, Meshach, and Abednego replied, “O Nebuchadnezzar, we do not need to defend ourselves before you. 17 If we are thrown into the blazing furnace, the God whom we serve is able to save us. He will rescue us from your power, Your Majesty. 18 But even if he doesn’t, we want to make it clear to you, Your Majesty, that we will never serve your gods or worship the gold statue you have set up.”

24 But suddenly, Nebuchadnezzar jumped up in amazement and exclaimed to his advisers, “Didn’t we tie up three men and throw them into the furnace?”

“Yes, Your Majesty, we certainly did,” they replied.

25 “Look!” Nebuchadnezzar shouted. “I see four men, unbound, walking around in the fire unharmed! And the fourth looks like a god[a]!”

26 Then Nebuchadnezzar came as close as he could to the door of the flaming furnace and shouted: “Shadrach, Meshach, and Abednego, servants of the Most High God, come out! Come here!”

So Shadrach, Meshach, and Abednego stepped out of the fire. 27 Then the high officers, officials, governors, and advisers crowded around them and saw that the fire had not touched them. Not a hair on their heads was singed, and their clothing was not scorched. They didn’t even smell of smoke!

28 Then Nebuchadnezzar said, “Praise to the God of Shadrach, Meshach, and Abednego! He sent his angel to rescue his servants who trusted in him. They defied the king’s command and were willing to die rather than serve or worship any god except their own God. 29 Therefore, I make this decree: If any people, whatever their race or nation or language, speak a word against the God of Shadrach, Meshach, and Abednego, they will be torn limb from limb, and their houses will be turned into heaps of rubble. There is no other god who can rescue like this!”

30 Then the king promoted Shadrach, Meshach, and Abednego to even higher positions in the province of Babylon. 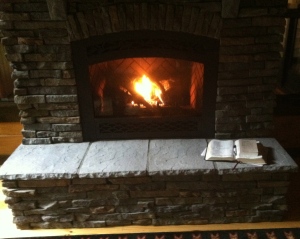 I’ve been thrown into life’s blazing furnace multiple times. On several occasions I’ve asked God to pleeeeeeeease untie my hands so I could escape the sweltering heat, but He refused.

Honestly, that infuriates me. My rational mind thinks, “why would You allow your daughter to suffer?!” But when I finally get over my temper tantrum and humble myself before the King of kings my spirit re-engages with His and I no longer feel the need to defend myself. Then, ever so gently, He reminds me that His Son experienced unimaginable suffering on my behalf. Never once did He declare His position or power to defend Himself. Instead, He trusted the Father, knowing He was sovereign and that His plans, no matter how painful, were for good.

Shadrach, Meshach, and Abednego’s story is absolutely remarkable to me. Their faith in the One true God was put to the ultimate test by king Nebuchadnezzar. When faced with certain death, they believed God could save them from the blazing furnace. They also knew that if He didn’t, He had a good reason. These 3 men felt no need to defend themselves from being punished unfairly, instead they made it quite clear that they would never serve his gods or worship any idols.

As the enemy of my soul increases the heat, making the furnace seven times hotter during this season of my life, my faith will once again be put to the ultimate test.

Will I believe God can rescue me?

Will I believe if He allows me to be thrown into the furnace that He has a good reason?

Will I believe that He will be with me in the fire?

Will I believe that He will give me the strength to stand?

Will I believe that He will deliver me without a singed hair, scorched clothing or the smell of smoke lingering in my soul?

The truth is, I can do nothing…..without Christ.

13 For I can do everything through Christ, who gives me strength.

Every single day I must continue to crucify my flesh by submitting my will to the Father. I must ask Him to pour out His Spirit on me in greater measure so that I will have the strength to stand. I must worship Him, regardless of how I feel. And I must fix my eyes upon Jesus, instead of the flames, so that I can continue walking with Him, wherever He leads.

One thought on “The Blazing Furnace”

Join 202 other subscribers
Follow Deep Into the Water on WordPress.com

After being born again and baptized in water & fire more than twenty years ago, I’m still learning to pursue the Presence of the Lord.