5 One day as Jesus was preaching on the shore of the Sea of Galilee,[a] great crowds pressed in on him to listen to the word of God. 2 He noticed two empty boats at the water’s edge, for the fishermen had left them and were washing their nets. 3 Stepping into one of the boats, Jesus asked Simon,[b] its owner, to push it out into the water. So he sat in the boat and taught the crowds from there.

4 When he had finished speaking, he said to Simon, “Now go out where it is deeper, and let down your nets to catch some fish.”

5 “Master,” Simon replied, “we worked hard all last night and didn’t catch a thing. But if you say so, I’ll let the nets down again.” 6 And this time their nets were so full of fish they began to tear! 7 A shout for help brought their partners in the other boat, and soon both boats were filled with fish and on the verge of sinking.

8 When Simon Peter realized what had happened, he fell to his knees before Jesus and said, “Oh, Lord, please leave me—I’m such a sinful man.” 9 For he was awestruck by the number of fish they had caught, as were the others with him. 10 His partners, James and John, the sons of Zebedee, were also amazed.

Jesus replied to Simon, “Don’t be afraid! From now on you’ll be fishing for people!” 11 And as soon as they landed, they left everything and followed Jesus.

Simon was a hard working fisherman. On the night before the biggest catch of his life, he failed to pull in a single fish.

Perhaps in the eyes of his fellow fisherman.

But not according to Jesus.

From a Kingdom perspective, the empty boat was an outward sign of an inward transformation that would take place in the heart of Simon Peter. Simon’s “bad day at the office” was a tangible demonstration of what would be required to follow Jesus; forsaking himself- being completing emptied of all self-sufficiency. 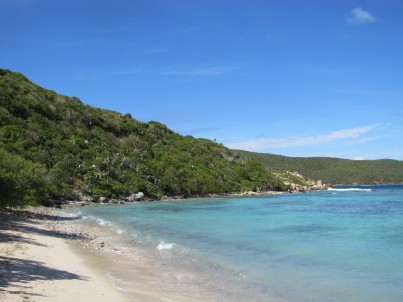 Our disappointments, failures and losses often remove the excess from our lives so that we are able to be still – and listen to the Word of God. With no work to do, Simon had available time to sit among the crowd on the shore of the Sea of Galilee and listen to Jesus preach. But after the sermon, Jesus told him to climb into his boat and go back out, where it was deeper.

And then….then, Jesus tells us to not be afraid.

He speaks the great commission into our life.

He tells us we will fish for people…..IF we are willing to empty ourselves of everything, and follow Him.

Join 202 other subscribers
Follow Deep Into the Water on WordPress.com

After being born again and baptized in water & fire more than twenty years ago, I’m still learning to pursue the Presence of the Lord.